Provenance: Private Collection, Germany, Bonn (by tradition in the family long before 1930);

This aquamanile in the form of a lion was made in Hildesheim around 1250. The long-legged animal’s body is highly stylised. Its head and alert eyes take in the surroundings. The thick mane is executed in voluminous, carefully arranged sections in relief over the animal’s body like a natural ornamental decoration. The delicate chasing is a naturalistic imitation of the mane’s structure. The lion’s face is depicted very precisely; the eyes, drawn down to the sides, look upwards and are expressively modelled. Finely chased, hatched lines and dots accentuate the eyebrows and the lines between the mouth and cheeks. Further strands of the mane are suggested in relief between the upright, perforated ears. The mouth is open and reveals two rows of teeth. The triangular shape of those immediately next to the spout, that appear to be holding onto it firmly, evoke fangs. The opening for filling the vessel is between the ears; the lid is missing. A dragon stretches the length of the lion’s back and serves as a handle. It supports itself with two of its legs at the back of the lion’s head and holds onto the mane with its mouth. The body of this mythical creature merges with the lion’s flat tail that arches upwards.

The origin of such exquisite ewers, luxury objects, cast using the lost wax technique, is to be found in the Orient. They arrived in Europe as a result of the crusades and the spread of the Byzantine culture. Aquamaniles executed in bronze soon became firm favourites among Romanesque sculpted objects in the Holy Roman Empire.

They were used for washing hands as part of a liturgical ritual, as well as at mealtimes in a secular context. The lion was the most sought-after motif. Griffins, horses and equestrian figures were also popular subjects. Less than 150 lion aquamaniles are known to have survived to this day. Aquamaniles had their heyday between the early 12th and the late 16th centuries.

As in the Orient, the lion – the most majestic of animals – also has positive connotations in the western world. A certain identification between the user and the characteristics of the animal, such as strength, courage and generosity, was intended. Also in heraldry a real fashion for lions emerged at this time and the lion was a symbolic embodiment of the ideal characteristics of a courtly person.

The ‘Brunswick Lion’, a statue in Braunschweig, Germany, was an important model both for the stylised lion of aquamaniles and for the art of casting in the 12th century. The large statue, commissioned by Henry the Lion in 1166 as a symbol of his epithet, represents the largest figurative cast made using the lost wax technique after Antiquity.

In scholarship a differentiation between religious and secular objects, that is often not immediately clear, is made based on the motifs used. How, however, is this to be seen in the case of the lion which is equally compatible with equestrian and worldly motifs? Christian iconography is familiar with the depiction of Christ in the Psalms where, in Psalm 91:13, it is written: “Thou shalt tread upon the lion and adder: the young lion and the dragon shalt thou trample under feet.” The lion aquamanile with the dragon handle can also be seen as a symbol of the powers of the antichrist and devil overcome by Jesus and could, therefore, have been used within a liturgical context, too.

Joanna Olchawa, author of a very extensive expertise about this lion aquamanile writes writes: “The aquamanile is without doubt a medieval object created in the Hildesheim workshops around the middle of the 13th century. The date and place of production can be definitively established through the comparison with ten other lion aquamaniles and a lion candelabra. What makes this lion aquamanile so unique in comparison to the other objects are its formal and stylistic features, such as the carefully executed and richly detailed engraving on the collar mane, the individual waves of the tufts of hair on the mane, the sculptural separation of the face from the mane and in the upper section of the head between the ears, the lack of a knot on the tail and the large, diagonally positioned eyes. Through the combination of older, more ‘traditional’ elements the work can be seen as a bridge between the group of older and more recent aquamaniles. For these reasons, the object holds an important position in art-historical research with regard to understanding the development of shapes and models.”

The provenance of the object is difficult to determine despite the two inscriptions in ink on the body of the figure (‘1909 ER’ and ‘J. v S. G’). The latter can be identified beyond doubt as that of the art trading company Julius and Selig Goldschmidt, Frankfurt am Main (later with branches in Berlin, Paris and New York) that was active in the 19th century. Around 1868, the company sold an aquamanile from the Middle Ages from the collection of Friedrich Hahn from Hanover. The person or collection for whom the possible initials ‘ER’ stand, cannot be determined.
Previous
Next 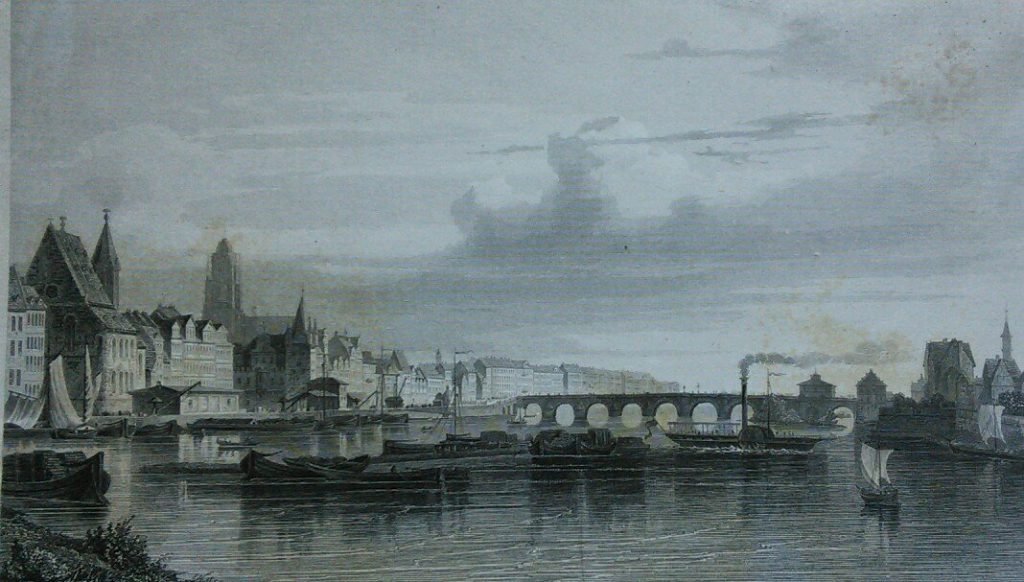 Two inscriptions in ink on the bronze surface refer to one of the lion aquamanile’s previous owners, namely the well-known art dealer Julius Goldschmidt (1858–1932). After the death of his father, Jakob Goldschmidt, Julius took over the successful art trading business based in Frankfurt that was a purveyor to the Russian Court up until World War I. Julius Goldschmidt displayed particular expertise in the sale of silver objects from the Gothic period and the Renaissance. His most important customers included the Rothschild family with its many branches that he also advised on purchases. However, Julius Goldschmidt was not just a successful businessman but also a philanthropist, financially assisting the poor in the city through a variety of different foundations. As such, he was an important member of society in Frankfurt. 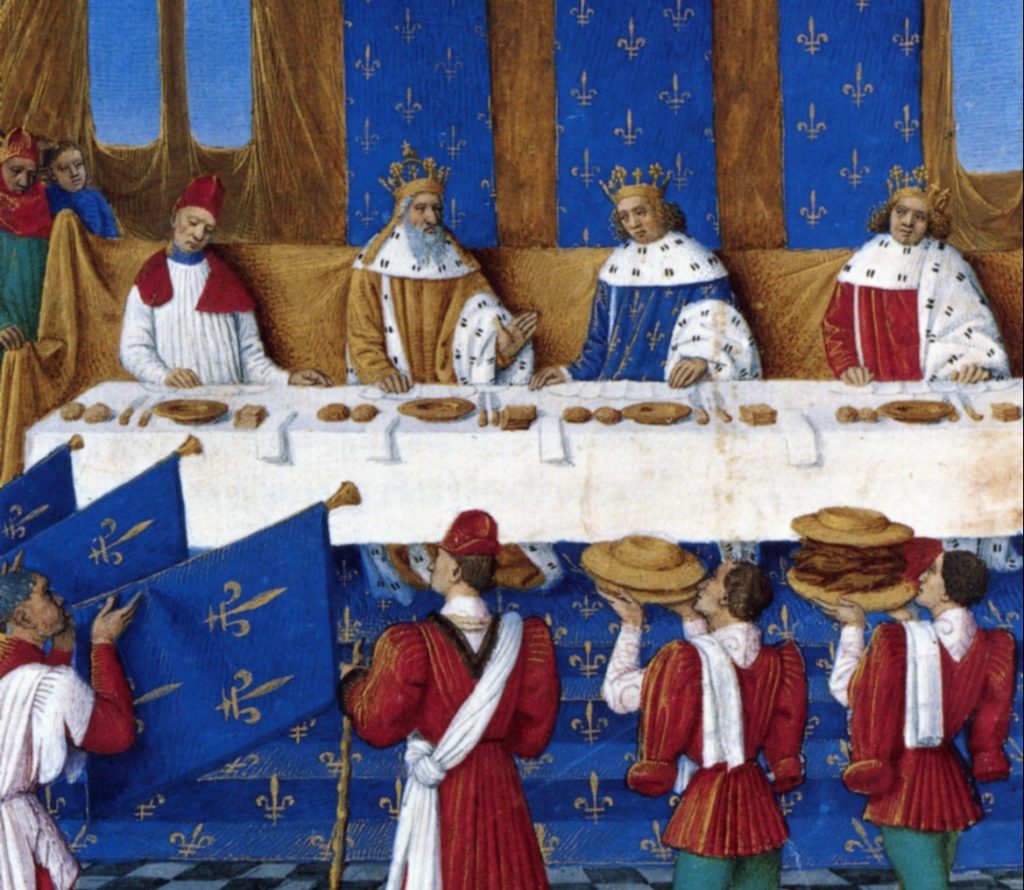 Don´t forget to wash your hands

HYGIENE IN THE MIDDLE AGES

Washing hands at least before meals has been a customary practice since Antiquity. Frequently the feet were cleansed before a meal or even the whole body, too. By the early Middle Ages the cultivated table manners of Antiquity had, however, slipped into oblivion. This changed slowly and table manners were re-introduced. The most important one was to wash your hands before a meal, not least of all because people ate with their fingers from one bowl. Both the host and the guests wanted to ensure that everyone had clean hands. Before meals, servants provided jugs of water, hand bowls and towls for everybody to wash their hands. Napkins, by the way – that were both familiar and popular in Antiquity – only reappeared in Europe in the 15th century. Until such time you simply wiped your mucky fingers on your clothes. 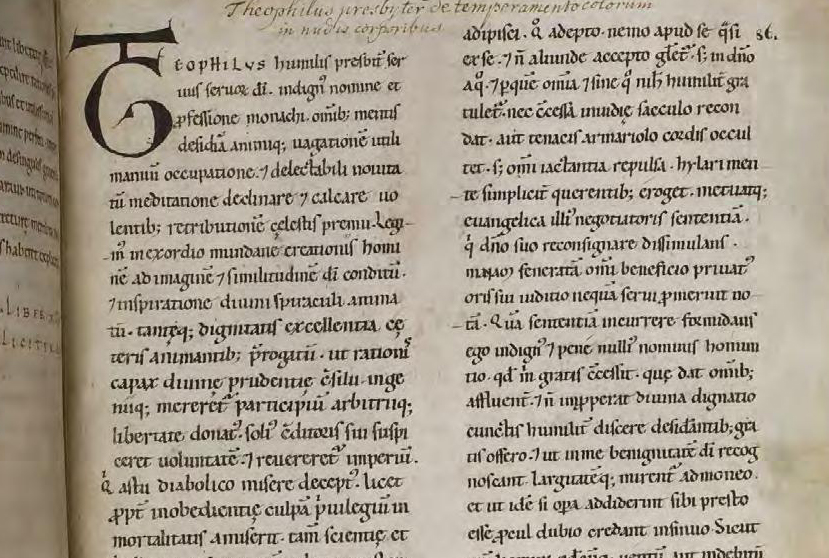 LOST WAX TECHNIQUE FROM THE ORIENT

The prerequisite for the production of aquamaniles was a supreme skill in lost wax casting. However, no one in the West mastered this technique any more at that time. Fortunately a knowledgable monk called Roger of Helmarshausen, who went by the pseudonym Theophilus Presbyter, described this manufacturing process in detail in the Schedula diversarum artium (On Diverse Arts) of around 1100. In it Theophilus refers to the knowledge and skills of the Orient.